I will be returning to Vicky’s of Santa Fe in Indian Wells, CA on Monday, January 19, 2015 from 7-9 pm for a performance of my original songs and a few selections from my first three albums written by some of my favorite composers. I have some new unrecorded material I have composed recently which I will perform as well, so if you will be in the California area, I hope you will join me and a killer band for an outstanding night of music.

Here are the details:

I am thrilled to share my new music video with you. It is a delightful animation of the song, Bumble Bee, which is a selection from my recent album of original songs, Geography.

100% of any full album downloads or physical CD purchases will be donated to Reading In Motion, a stellar Chicago non-profit organization which uses the arts to teach at-risk primary grade students how to read.

This project is partially supported by an Individual Artist Program Grant from the City of Chicago Department of Cultural Affairs & Special Events, as well as a grant from the Illinois Arts Council, a state agency through federal funds provided by the National Endowment for the Arts. 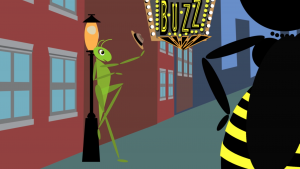 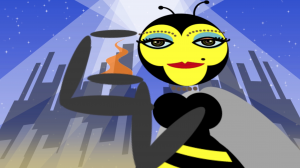 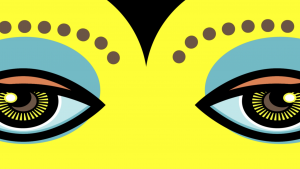 I am thrilled to share this wonderful write-up about my upcoming show this Friday, June 20th at the Open Door Rep in Oak Park, IL. A huge thank you to Grammy Award-winning jazz journalist, Neil Tesser, for helping to promote the event! If you’re in the Chicago area, be sure to come out and join me and my incredible band for a musical night out and then come back on Saturday to hear Lise Gilly and Grupo Cha-Cha. We are performing in the Women In Jazz Series produced by True Muse Productions and Linda Solotaire. 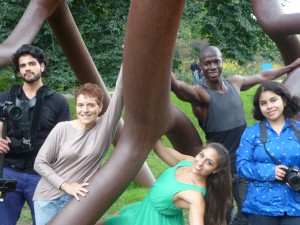 Thank you to Lola Rossi-Meza for featuring me in her column in a recent issue of the Coachella Valley Weekly. Thank you also to Dee Jae Cox for her write up in the Desert Entertainer. Read all about it below and come out to my CD Release Party at Vicky’s of Santa Fe tomorrow night! I’ll be performing with a great local band featuring Bill Saitta on bass, David Ring on piano, Andy Fraga on drums and percussion, and Paul Carman on sax and flute.

I am celebrating the release of Geography, my new album of original songs, at several events throughout the year. I began on September 22nd at the Cellar Wine & Martini Bar in Waterloo, Iowa performing with a great trio of jazz musicians led by pianist, Bob Washut with Joel Conrad on bass and Dennis Johnson on drums. Thanks to everyone who came out to the party!

My California CD Release Party will be at Vicky’s of Santa Fe.  I will be accompanied by the Bill Saitta Quartet featuring Bill Saitta on bass, Andy Fraga on drums, David Ring on piano, and Paul Carman on tenor saxophone and flute. Vicky’s is a very fine restaurant and bar with a separate listening room for music. Come on out for a great night of music!

I am planning some events for Chicago during the summer and I’ll keep you posted!

I was blessed with a good education. When I was a child, I was fortunate to have parents who read to me and encouraged me to read. As a musician, I have been an advocate for using the arts to enrich a student’s educational experience and in particular to teach language arts.

In the process, I have followed and supported the development and growth of a stellar Chicago non-profit organization called Reading In Motion. Founded in 1983 by a couple of Chicago musicians who identified a need, they used their creative energies to focus on finding a more effective way to teach at-risk primary grade level children how to read. Their organization has created an innovative curriculum, which uses the arts to teach reading, that has moved it to the forefront of literacy education.

I am proud to support this organization and $5 from the sale of every digital album download and physical CD, beginning with the recent release of my new album last September, will be donated to Reading In Motion.

We can all make a difference, and it doesn’t have to cost a lot. Let’s join together and support every child’s need to read!

Spread some love, light, and good cheer for the holidays and keep some for yourself!

When you order a physical CD, you also will receive an immediate digital download of the album.

Click on the link below to order your music!

Click on the link below to learn more about the organization!

With a hint of bittersweet and also a bit of relief at having completed the first phase of my Geography album journey, I posted my final Kickstarter Update. I will be continuing to update everyone on my progress through this blog and also through a new monthly newsletter I am setting up. Thank you again to all my Kickstarter dream team members who helped keep me on task and are making the journey such a pleasure as I move ahead.

I spent most of the summer working on the first music video for the Geography album. It is based on a song I wrote in Spanish – Cuando Tendremos Paz (When Will We Have Peace). You can watch it on YouTube and you can download the song and the album from my BandCamp store. It features murals from around the city of Chicago and a cast of more than 30 friends and family members. Anthony Rizzo was the director/cinematographer/editor, and the project was partially supported by a Community Arts Assistance Program grant from the City of Chicago Department of Cultural Affairs and Special Events and the Illinois Arts Council, a state agency.

Geography Is Ready To Go And I Am Officially Digital

I’ve spent the last few weeks sending out promo copies and Kickstarter reward copies of Geography, and I’ve created a new way for you to listen to and buy all of my albums. As a result of numerous friendly prompts from fans, I have finally joined this rapidly moving digital age. Now, in addition to buying physical CDs, you can actually download digital copies of each album, as well as individual songs. Each album comes with its own pdf e-book containing the album art, credits, liner notes, and for Geography, the e-book also contains the song lyrics.

I am still getting my website up to speed, but in the meantime, you can go directly to my BandCamp store and check out the music!

Next stop, Twitter… Don’t laugh. I have my “handle” – ltjazz, and surprisingly, all of my Facebook Fan Page posts have been showing up there. I’m sure I must have clicked something that linked them somehow, but things happen so quickly that nowadays, if I blink, I end up somewhere else!